“The art of remaking- A ready made Business”!

Remaking a movie is a huge business. Since my childhood half of the movies I watched are remakes. They either get welcomed with a red carpet or get bounced at box office.  Copying from Hollywood is an art in India.  Oops! I should not call it copying. Remaking a movie is a stylish way of saying that you have copied!  Sometimes copying is done with permission and many a times they are simply copied. Their songs, posters, dialogues or the full length-movie, everything can be easily remade by our film makers. Recently I came to know that my favourite movie Zindagi na milegi Dubara’s poster is similar to a 2005 movie – Lords of the Dog town’s!  Now the yet to be released Dhoom 3’s poster looks like it is inspired by The Dark Knight Rises. Of course it is edited a bit . 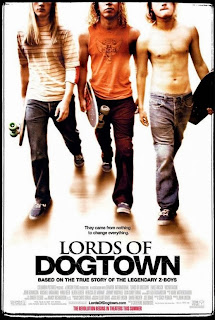 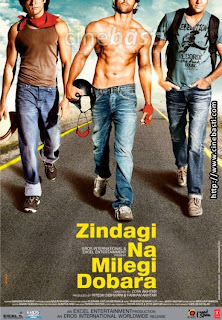 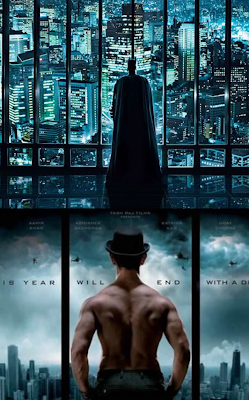 Anything and everything made outside India is taken and blended with the local nuances to make it appealing to Indian viewers. Few things from here are also copied there but we master in remaking! We inhale and exhale movies in India so we always fall short of movies.  We cross all the boundaries and copy English, French, Korean and many more movies.
If you keenly observe eight out of ten movies you liked would have been copied or should I say inspired from Hollywood!

Sometimes we are content with all the regional flicks. South Indian movies are remade in Hindi .Few Hindi movies are made in various states in their respective film industries and one more trending and money saving style of making movies is to just dub the dialogues and not change the actors. The movie gets released with a funny title and funny songs. Maine Pyar Kia was kind of a trend setter and every one followed suit. Maine Pyar Kia was a huge hit. Till date whenever I see a white pigeon I remember the song Kabootar ja. Not sure of the lyrics in Telugu but I am sure they must be funny! Rajnikanth’s latest Robo/Robot left me in splits when I heard the songs in Hindi. Kilimanjaro Ladki parbat ki yaaro , jungle jungle pukaro , yaaro !! Like really? I can’t even decipher the original song and Hindi translation increased the fun factor in the song. Nevertheless the movie was a huge hit in all the languages wherever it was released. There is no need to specially mention the Rajni factor in the movie. 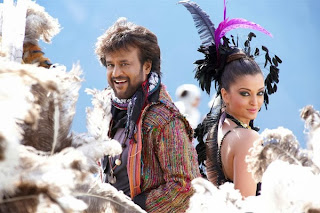 But this trend became so popular that all the south Indian movies are being dubbed to Hindi and released in U.P, Bihar and many other states. Even if some are not released in the theatres they are regularly telecasted on the small screen. The titles are utterly funny. Badle ki aag , Sabse bada dilwala, Mazduron ka daata are just few among many such movies. Surprising fact is it is a flourishing business as many viewers are liking them :- (
One more trend which started is remaking the old blockbuster movies. New actors who fit in the role are handpicked and the movie is remade with the same story line or with some minor tweaks in the story. DON made in 2006 with SRK in the lead role was originally played by none other than Amitab Bachan in the year 1978. We all know this fact. The new one was made with an interesting plot. However DON 2 didn’t meet the level of Don. There are many remakes which got bombed at the box office. Zanjeer (originally Amitab’s movie) in which Ram Charan Teja acted is a fresh example. There are many such lousy remakes like RamGopal Varma ki aag which spoiled the master piece Sholay, Chashme Baddoor which was not even near to the original one, so on so forth.
It needs lot of re work to even make a remake work! It needs a good team and loads of creativity used in the right direction to make it an interesting watch.
The remake of French Kiss- Pyar to Hona hi tha is an unforgettable one. Till date, the song aaj hai sagaai is played in weddings, whereas skipping the discussion of remake of my sassy girl – Ugly aur Pagli (Mallika Sherawat starrer) is a better decision.  Dil hai ki Manta nahi is a movie loved by all. It is a remake of the movie, “It happened one night.”  Check out the posters below. 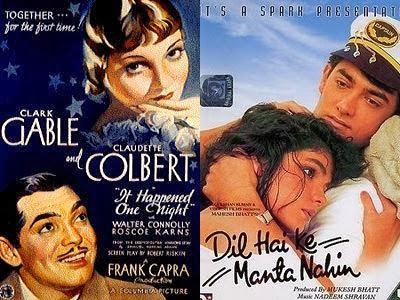 Even the super hit Dilwale Dulhania Lejayenge is inspired by a movie “The sure thing” in which John Cusack acted. We all know how much DDL is loved by the movie goers. Jab we met is inspired by “A walk in clouds” but it also came in the news that Jab we met inspired a holly wood flick “Leap Year”. We all get inspired by each other :- ). Chak de India is inspired by Miracle on Ice. Similarly there are many such good movies which are inspired by Hollywood films. Remakes don’t work always but people watch it with the curiosity to see how it is made. More than half of our movies are remade.
Every year the champs of film industry jot in their notebooks (U me aur hum), travel back in Time machine (Love story 2050) to check the repository of old movies and they come up with an already used idea. They present it to us topped with Indian spices. We are the God Fathers (Sarkars) of the remakes. Kuch to hai in our filmmakers as they know what to do last summer, this summer and every year and then they forget what they did like a Ghajini (Memento)  :- )
- November 01, 2013