Last week went to Orange movie just for TP …as I had nothing to do and was getting bored in my room. Spent 90/- in a bekaar theatre and was just praying that the movie is watchable enough but Guess what I loved the movie in and out! Yep it’s a fresh new movie which is totally apart from all the lovvy-- dovvy mushy stuff usually showed in all typica 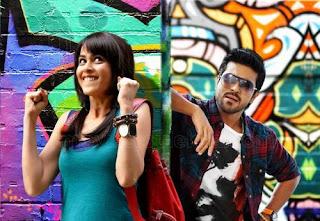 l tolly or bolly movies…Like hero heroine meet a first crush song.. one rain song…Some comedy in the midst of all this which is not at all linked to the story line of the movie and then one fight which disobeys all the laws of physics :P if there is some twist in that love story that is mostly the entry of another heroine ( A triangle love story) and so on so forth routine stuff…..ORANGE is different from all such movies . It showed a new true angle of a relation …Where its sweet in the first little less sweet later….Routine little later..may be bitter at the end. I always had this feeling that most of the relations not only LOVE between Lovers but many relations are nice afresh ..its like so far so good types! The more you know the person and the more attached You get to him or her the more charm is lost in the relation. MARK MY WORDS its not with every one and any one but it happens generally. This was my perspective always and this movie justified it and it’s a good feel to see facts of a LOVE LIFE for the first time ..by not seeing always the wonderful fairy tale part! So in the movie our Hero is undoubtedly a cute cupid boy who can attract women in Nano seconds but the relation doesn’t stand long as he has some or the other problem with every girl he meets.. So he doesn’t believe in a forever relation but insists the girl and invites her in to a short and sweet relation(Well this part is quite confusing and many wont accept it :)) Here we can argue why cant he stay like a WOMEN Hater !! but kya kare women are so charming that our lover boy cant resist them…he will love them but not forever…and his love for that short and sweet period will be immense and unique from others :) so women also cant resist him :P…but Women are sensitive….So they want him to cling with them forever but he is not the kind so he has many break ups!!he has some 9 failure love stories…
But the reason for these failures is one long love story in the past where he loves a girl immensely in his grad days and goes for her to Bombay to propose and believes his life is going to be wonderful ..but the reality has some thing else in store. The girl turns possessive and cant even digest Smses from his friends!!(OFCOURSE the friend here is a girl) ..Day by day our hero who is full of life changes a bit and starts even lying to her just to make her happy.. One fine day he realizes he is losing him self in all this chakkar and tells her that he is unsure about having a life long relation with her…so breaks up and since then even if he is attracted to any girl he doesn’t have any future plans with them and makes it clear to them in the beginning of relation it self…Women fall for him but then hate him for leaving them…So our Genny darling comes in the last. Her number is 10 ! and she is too much of a baby doll who loves her fantasy world..and is crazy about having a LIFE LONG love story but its her bad that she meets hero ram who shows life in a new angle to her and makes her think a lottt on Love life and relations…. The finishing of movie is also nice though the concept is a bit confusing . The moral of the story is YES LOVE vanishes day by day but you need to make efforts for its revival and some times may be you need to kill your self LOVE to express your love to your MR. Or Miss Right or make her happy!!! The comedy is too good and spontaneous….Brahmi’s jokes in the beginning were little confusing but later as the movie picked up they Were LOL worthy!...he is a person who loves love storys but hates this genelias strange love story !!! The way he tells to genny “OH what a painful love story !:)” Just got me….I laughed loud :P I WONT narrate the whole story here :) its good to go and watch….
There are many more hilarious tit bits for which YOU GOTTA GO AND WA 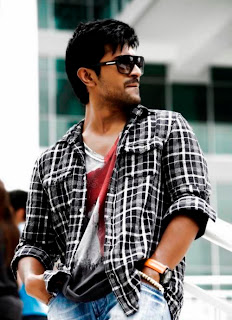 TCH Movie…. With friends / cousins preferably of ur age as Your parents may or may not like the movie!!!
Plusses
1.) Costumes---wowww : They were just wow.. they made Ram look more handsome. I wish he was little more tall :) but shorter bhi chalega
2.) Ram charans acting skills…yes There is a clear 5X improvement in his performance compared to chirutha and magadheera.. He lived up to the mark in emotional, comedy , and even angry scenes!! Liked him most in this movie
3.) Genelias paagal pan…As always she lived in it…but there is some 10X improvement in her paagal panti which was not much needed :)
4.) Prabhu….Dont know why but I always like prabhu in the dad role (even in darling movie he was a cute dad )
5.) Graffiti : : One will definitely accept after watching the movie that the graffiti hobby of Ram and all the colors (even the fight)added more color to orange :)
6.) SONGS : how can I forget songs.. Music is heart to the movie.. I loved all the songs.. Not to mention Sydney nagaram……..O-range is my most fav feet tapping song after watching movie :)
7.) Brahmi : No points to guess why we all love him :)
8.) Rams friends circle and the ashtachamma’s actor !! They suited correctly The funniest scene is Rams friend saying :
Love means : 4 lies , 3 smses , 2 pathetic jokes and one rose flower…hahahaha ! I can say this is my most fav scene!
9.)Genelia’s Hip hop Yo Yo scene :) I wont describe it. So go and watch
10.) Last but not the least-------- I felt each and every role small and big suited the person very aptly like Mahesh babus sis playing ram’s didi, her husband, nagababu ,gennys mom and dad…so on so forth

Minuses
1.) Gennys MAKE UP : Its yucky..it was too much and she looked like some too fair baby doll.
2.) Removal of Ram’s moustache just because he is a student!! I didn’t like him with out moustache but ya it was funny :)
3.) The movie totally showed that girls being possessive may lead to problems in many love stories where boys are forced to lie or sacrifice some of their good old hobbies/habits at times but what about boys??????? How will they react if their girl friends get an sms from an age old friend—a boy!! I Don’t think they too react nicely (though not all)…Some Boys equally get possessive like Some girls so may be that part should also be shown may be in orange-2 :P
4.) Girls believe too fastly and fall for lies—YES but as not all girls are senseless atleast one sensible girl should have been shown..Even Ram pulls gennys leg telling YOU CANT DECIDE for your self…..but ya world is not full of senseless or possessive girls… :) On a lighter note Girls with too much of sense don’t fall in love ;)

That’s all Friends. I wont try to find too many flaws in the movie as I loved it!

I would say its must watch with friends
My rating is : 4/5 : I have cut that 1 for gennys make up and one or two PJS :)
And lastly the title is not Orange (fruit) its O-RANGE…(O in telugu means A).which I guess means Love story with a different range!! I could decode the title only when I heard the song O-range :)