was listening to this song all of a sudden.....just loved the whole song! kudos to shankar, adnan and shreya and lyricist : niranjan iyengar!! 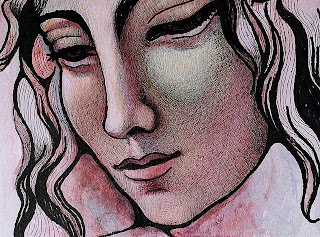 Why are we celebrating 62years of Freedom?
When most of us have to stay dumb?
I don’t feel like saying I am a sovereign republic.
I always feel we abide by the rules framed by public!!

Ages back it was British rulers who divided and ruled.
Now it is our own Indians who ruled and divided.
Ages back we had to abide by their thoughts and policies.
Now we are burdened by our peer’s thoughts and beliefs!

There is no progress in thinking process.
Be it 1930s or the 20th century days.
Then the British treated us like their slaves.
Now we are forced to think only in the dark caves!

Sad that people get united and fight back when the reason is silly,
Sad that human values and thoughts are always suppressed!
In the world where speech is thought as a crime,
the actual crime is left behind in no less time!!

No one can repair the narrow minded folks.
They live in the slime and the well like a frog.
They want rest all to join and sleep in the filthy broth.
Thoughts “WE WILL STAMP THEM” is their oath!!

If some body ask me if am in a free country?
I would like to tell ya country where there is still slavery.
We are slaves to others beliefs, rules even if they rot.
Slaves to rich, rebels and equipped people who form the stronger lot!

Assault and insult by our own people, keep aside the Britishers,
not many understand what is live and let live.
To peek in to your brain and remote control it, they always strive!
Am not celebrating the 62yrs of success progress or freedom.
Am inviting a new era of silence and to live in a dumb kingdom!!


1. At the time of marriage, a north Indian girl has more boyfriends than her age.

2. Before marriage, she looks almost like a bollywood heroine and after marriage you have to go around her twice to completely hug her.

3. By the time she professes her undevoted love to you, you are bankrupt because of the number of times you had to take her out

4. to movies, theatres and restaurants. And you wait longingly for her dowry.

5. The only dishes she can think of to cook is paneer butter masala, aloo sabji, aloo gobi sabji, aloo matar, aloo paneer, that after eating all those paneer and aloos you are either in the bed with chronic cholestrol or chronic gas disorder.

6. The only growth that you see later in your career is the rise in your monthly phone bill.

7. You are blinded by her love that you think that she is a blonde. Only later do you come to know that it is because of the mehandhi that she applies to cover her grey hair.

8. When you come home from office she is very busy watching "Kyonki saas bhi kabi bahu thi" that you either end up eating outside or cooking yourself.

10. She always thought that Madras is a state and covers the whole of south india until she met you.

12. She has greater number of relatives than the number of people you have in your home town.

13. The only two sentences in English that she knows are "Thank you" and "How are you"

1. Her mother looks down at you because you didn't study in IIT Madras / Anna University .

3. She shudders if you use four letter words.

4. She has long hair, neatly oiled and braided (The Dubai based Oil Well Company will negotiate with her on a 25 year contract to extract coconut oil from her hair.)

5. She uses the word 'Super' as her only superlative.

6. Her name is another name for a Goddess or a flower.

7. Her first name is longer than your first name, middle name and surname combined (unless you are from Andhra)

8. When she mixes milk/curd and rice you are never sure whether it is for the dog or for herself.

9. For weddings, she sports a mini jasmine garden on her head and wears silk saris in the Madras heat without looking too uncomfortable while you are melting in your singlet.

10. Her favorite cricketer is Krishnamachari Srikkanth.

11. Her favorite food is dosa though she has tried North Indian snacks like Chats (pronounced like the slang for 'conversation')

12. She bores you by telling you which raaga each song you hear is based on.

13. You have to give her jewellery, though she has already got plenty of it ..

14. Her Mangal Sutra weighs more than the championship belts worn by WWF wrestlers.

15. Her father thinks she is much smarter than you.