"Marriage is the golden ring in a chain whose beginning is a glance and whose ending is Eternity."
- Kahlil Gibran -
As the wedding is around the corner,the countdown has started and we are pretty excited . We want to share our "aaha" moment with all the friends and loved ones. Please go to the link below for our wedding site and while you are here do sign our guestbook with your wishes and blessings.It will be a life long memory to us-Imran &Afshan:)!! 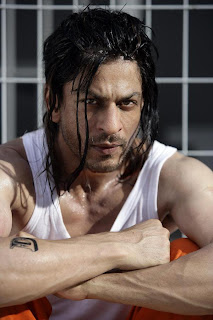 Hot and action packed weekend it was. I wasn’t eager to watch Ghost protocol as I was too excited to watch our DESI DON!! SRK is definitely back with a bang and the loudest one this time with his chiselled rough looks , wild hair style and muscled body with his humour intact showing that this hawwwttest Don can be dangerous and funny too at the same time! I loved all the comic tit-bits of “THE DON”. Lara dutta got hotter and she for sure doubled the grace of the movie. I didn’t like PC much. She with her obese lips and broad shoulders was more manly trying to be a bold girl once in a blue moon! The best thing about her was when she wore black in the party when our SRK enters wearing Hrithik’s mask. When PC’s and Lara’s backs are exposed in the party girls can only eye them enviously! Hrithik- PC pair reminded me of Krish for a moment and I was not ready to miss SRK for even few min so was eagerly waiting for him to unmask himself and also stop talking in Hrithik’s voice :P. Glad that Isha koppikar is replaced by Lara. I felt PC also should have been replaced for some newness this time! It felt monotonous to watch her and the older ompuri as well but all these things can be ignored as it was SRK all the way who stole the show and the ingenious Farhan Akhtar who tried his level best not to make the movie a bore! The best thing in the movie is that there are no unnecessary songs. Zara dil ko thaam le is ultra stylish showing the return of DON and the shadow dance also seemed cool!
The song with PC is also not bad and I actually sat even after the movie ended just to watch SRK who was getting hotter scene by scene and wanted to have more and more of him J. Hai ye maaya by Usha uthup also added special effect to the bank robbery scene and the aura was more addictive due to her singing and the music in the background after DON and the crew enter the bank. Don was looking his best in the whole robbery scene. He wore black and all the scenes in some orange light inside the bank and in tunnels in the last glorified his appearance and style along with priyanka’s. She was shown like a fool showing her soft corner for DON! Well may be she isn’t such a fool as DON is lot charismatic and addictive!:)
The whole 2hrs and some 20+ min the movie was gripping but I liked the suspense and the plot more in the prequel of this but this one is definitely the best . The credit goes to SRK, his new look and of course the direction the main element for any movie and the only element which spoiled Ra.one. Farhan can be tagged as one of the most stylish directors India has. The story is no nonsense and this shows a definite leap in Hindi filmdom mimicking the Hollywood style a bit! SRK’s quirky sense of humour stole my heart. His flirtatious nature with Priyanka is funny and those one or two light romantic moments were also shown crisply in sync with the story without making it a flop show!
SRK takes you on an exhilarating adventurous ride and you will be busy watching him get transformed from a wild dangerous criminal in Jail to a debonair Don and then neatly shaved good boy when he again comes across PC in the second half. I fell for all outfits , jackets and the rayban shades on SRK in the movie. It’s pulsating and action packed though in first half it’s all about the jail escape and making the plan. Second half grips the audience’s attention and Kunal kapoor did what he has to as an intelligent hacker! The suspense can be guessed easily by anyone who is watching the movie attentively J. Cinematography is at its best and the movie scores brownie points due to exotic locations. Malaysia , Thailand , Zurich and Berlin. Don is international now and gives the classy feel to the movie!

Some plus points
Ø SRK’s dazzling aurawhich made me say “Wowww” in the theatre and well most of the fans will definitely fall in love with him all over again. This movie is definitely not for SRK’s haters by birth. They will end up cursing and mouthing swear words coz success is inevitable here! SO ANTI SRK junta avoid this movie. [Well I heard that some couldn’t resist watching it on first day even in UK :P]
Ø Along with the main bank robbery scene, the jail escape scene is also well plotted by DON who not only makes toughest plans but actually executes them.
· Jason West’s wonderful camera work.,stunning visuals and no need to mention the ultra stylish narrator Farhan!
· The amazing one-liners used by DON. The dialogues are quick and good. Few which I liked are:
· Boman and SRK’s interaction in jail and when he says “Isme na to tumhara faida hoga na mera sirf kutton ka hoga” .
· “Don ke dushman ko hamesha yeh baat yaad rakhni chahiye...ke Don kabhi kuch nahi bhulta.”
· “Roma Roma... meri jungle billi kab tak peecha karogi mera, kahin log na samjhe tum mujhse sach me mohabbat karne lagi ho;)”
· “Sir mat bolo. Zyada shareef lagta hai. call me Don” to Kunal Kapoor.

· Aaj yeh sun kar meri Maa kitni khush hoti.
· “Jeetna meri zid nahi aadat hai.” And many more to mention but I shall stop here so as not to spoil the aura for those who didn’t watch yet J
Ø Even when humour is slapstick you can’t resist a laugh and girls can go gaga over SRK. Many were hooting and clapping and we actually hooted when SRK rides the bike on the road with water on two sides in climax. The opening and climax scenes will be imprinted as they were shown effortlessly and even if am repeating lot of style+attitude injected in them.
Ø Releasing the movie during the festive season. People will queue up to watch it as part of their X-mas and newyear celebration. Needless to say it already earned a lot in Overseas and investors can reap a harvest.
Ø Lara dutta comes as a surprise package. To me she is very hot and showered elegance on the screen.
Minus points
Ø Priyanka Chopra’s role makes sense as this is sequel but a replacement could have added freshness
Ø Its a superb action thriller but I personally liked the suspense element more in prequel.
Ø Shankar ehsaan’s music which could have been much better
Well everyone says its bit inspired by Ocean’s eleven, Mission impossible, Italian job etc etc but what I felt is this is a story full of style and attitude and will be liked by the people who actually love the same elements and a story where every mission is necessarily made possible by DON!!
My overall rating : 4.5/5 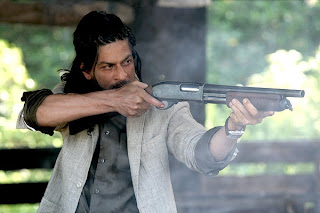 So people go watch the Hawttest DON of the season NOW and enjoy the holiday!
Merry Christmas and Happy New yearJ
PS : Posting this review very late due to time constraints. I hope itsnt too late
By
Afshan
- January 11, 2012 5 comments: