If you are a big time movie buff and a Bollywood movie lover like me, you would have figured out the title by now. This is a famous dialogue from my all time favorite movie Jab we met but it is not the mere memory of that scene which made me start this blog post. This line got stuck in my head some time early in the morning at around 4 O clock and refused to leave. In the scene when the leading lady says ajeeb si feeling, Jaise koi train choot rahi ho - in English means , a strange tense feeling like you are about to miss the train. Endless thoughts , Jab we met and this dialogue kick started the engine of my train of thoughts and I am writing this so as to pull the chain of that train :)

In the movie the female protagonist Geet uraf Kareena Kapoor misses the train in the very start of the movie after meeting Aditya (Shahid Kapoor). This scene is the heart of the movie as it kick starts the story and the turns and twists in it get etched in the hearts of the viewers. The moment she misses the train , and her scary expression always make me laugh. From then the movie is a laugh riot followed by few scenes which always make me both sad and happy. As the movie picks up pace the male protagonist realizes that Geet is in love with some other guy Anshuman and is actually planning to run away from home and get married to him. Aditya gets involved in the whole drama created by Geet and says bye to her after dropping her near Anshuman's home, but in a weird turn of events it so happens that Geet gets rejected and her ego crashes and confidence shatters. The dejected Geet stays near the same hill station (Manali) and starts teaching in some school. After many months Aditya goes to meet her. It is his duty now to save her from the plight and breathe life in to her. She slowly regains her original spark and the Geet factor and says to Aditya ,  "Pataa hai mujhe kaafi dinon se daraawni sapne aate the, jaise meri train choot rahi ho " (From many days I am getting nightmares ..with a feeling as if  I am missing my train)  . She says and laughs when Aditya gives assurance to her that there is no need to be scared as she finally caught her train!
Now I will give a break to the movie narration and come back to my train of thoughts and why the dialogue got stuck in my head. Many times in life we all feel new. Some times we feel we may never get acclimatized to the new atmosphere, new changes and any thing which is a novelty . Always we feel that old times were better. New things scare me and I take pretty long time to get accustomed to everything new and in that process some times there is a need to shed my old self , old inhibitions and old thoughts and everything old which gives me a feeling of missing a train - ek ajeeb si feeling (strange feeling)

Just 2 years back I was resigning from my first company where I served for 5 years. Till last day I didn't feel a thing, but on the last day when I returned my Gym card, health membership card, id card and everything which is the property of Infosys, my heart sank. Only I know how many times I looked back to have a final glimpse of the magnificent campus. I had to leave to Delhi as I got married. I was a scaredy cat in the beginning but I guess I did just ok. I made few friends even if I felt that I missed a train - a colorful train of my life - my first job at a wonderful place, some wonderful friends and my blogging- the seed of my blog was sowed when I was at Infy


I hated my college. I hated it so much that I actually thought of dropping out twice, once in first year and then in my 2nd year. I cursed under my breath when ever I attended a M1 or M2 class (Maths 1 and Maths2). I was a Biology student who joined biotechnology. Maths was mandatory in first year even if we were not aware of basics. Our education system has always been like this. What we learn and what we understand and what actually we apply in a working atmosphere are all different. Slowly I got used to the college atmosphere. I felt it is my place. I studied properly and stood 3rd in class and just like that it was our farewell day. I again felt that train choot rahi hai and I need to board a new train.

It was our school farewell. Every one cried a bit but I howled. 10 years in the same school is not a joke. Too many memories entwined with the place. Too many friends whom I am leaving behind to study and reach new heights in life. I was favorite of many teachers. One of my teachers cried when I went to her with slam book. Those memories are still strong. That was the most beautiful phase of my life. I wished it should never end but it did end. I finally digested the fact that I won't be going to school anymore and I had to leave the place forever.

Similarly there were many junctures in my life when I felt that I won't feel the same again in life but strangely enough most of the times I did feel the same again and again. The cycle was just repetitive.  I used to have a friend in my office who was pretty close to me, who used to love what I write but he suddenly stopped talking to me for a reason not known to me. In case of women I can predict few reasons like complicated feelings, competition and jealousy but I really don't know which reason to figure out in case of a man :) May be the same reasons apply for them too but it is still puzzling as to why a friend who had a great bond with you all of a sudden chooses to be mute and avoid you like plague! Like they say life is simple , we make it complicated. As I couldn't guess the reason every simple thing seemed like a reason to me. May be getting married is also a strong reason for some people to totally stop talking !

Whatever it is I do miss the olden days and old friends. Some friends might stay for a reason and some just for a season but I do remember all of them fondly. I always feel life won't be that interesting again but I move on and board a new train and life goes on with many interesting turns and twists!

Coming back to my heart favorite movie - Jab we met and our phenomenal Geet, in the last scene Geet talks to her self when she realizes she is in love with Aditya!

[I am having a strange pain...a kind of impatience and restlessness... like I am about to miss a train :) ]

When her college love- Anshuman comes back to her and on one fine morning starts discussing the agenda of the meeting which is to convince the parents and get married, her thought train gets derailed  and she talks the above lines to herself and runs and hugs Aditya and reveals her love :) All's well that ends well! May be real life is tougher than reel life but one should keep in mind that even if you miss a train you can get in to another one and continue the journey called life fruitfully. The feeling of missing a train is common to most of us but the wisest thing one can do is board a new one and embrace the new changes and new life! 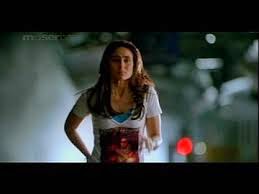 Having dispensed all this gyaan (crap?),which you patiently read till now, I am pulling the chain of my thought train!

P.S. 1: Written this as I  haven't blogged for about 15days and may be due to something else which I can't reveal for now :)

P.S. 2 : Kerala travelogue will take some time. May be I will write it when I have immense patience and time when I can relive every moment and write properly!