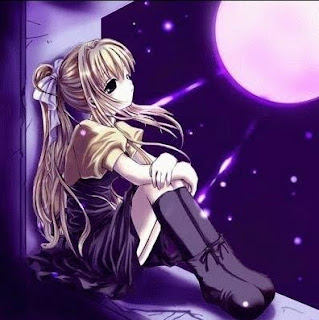 Tum Ho kamaal tum bemisaal tum laajawaab ho aisha ............;)
Aisha was the most sensitive yet tough girl in the class..Keeping things to her self not mingling with many. She had a very small circle of friends...with whom she used to share only few things...We can say her life was routine and monotonous .Morning 8:30 Breakfast, then classes..Lunch break...then back to hostel....there were one or two good friends with whom she used to spend time...She wanted to have a large circle of friends..like few had in her college..a Fun TO BE WITH group with whom she can go out...do loads of shopping..watch movies..plan trips!!but ya she was so shy and so reserved that she never entered a Fundoo—jolly group....Getting high grades..presenting papers....being part of work shops, seminars,,,was her routine.. when Fun with friends comes to picture...she was a step behind every one...dont know what used to pull her back :-o?! People used to get inspired by her...some used to praise her infront of every one...Only her ears went red and she used to blush pink ..Never was she able to thank any of them properly or show any sort of reaction. She was particularly NOT SO INTERESTED towards boys...well most of them ended up being flirts!! She believed....Interacting with them is not that needed! It will hamper her future...so she was happy in her small little world...But some rogues who were back seated always in the class and looked almost like rowdies were not so happy looking at her grades , success and she being so famous..They used to boo or laugh when ever she went on to dais for a seminar..or some vote of thanks speech..she never flinched. She was confident and good at speeches ! One day there was a Rose day in college....Every one brought the roses of different colors they favoured Some brought white for friendship...some yellow ..some red expressing love to their fav girls and facing rejections :P so on so forth!! Aisha never understood those colors and felt all this was silly !Some boys favoured aisha’s company but never dared to express any thing with a girl who shudders at a simple conversation...so they stayed indifferent. Aisha’s good friends Reema and sujata were absent that day.. She started feeling little wierd.It being the last day of the week..all were in light mood and entire afternoon they were enjoying playing different games antyakshari..dumb-c, truth or dare...what not!! Aisha started getting bored..she was desperate for a good company now!she managed playing but it was deprived of fun! Seeing all the pairs and few large friend groups... first time in her 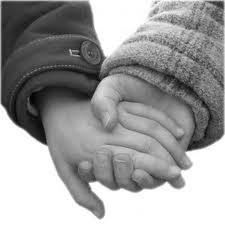 btech tenure she was feeling the urge to enter in a group or be a friend with a boy who can make her laugh through out...:-/ She felt strange why such a sudden desire......With lost thoughts she went to internet cafe in college to catch up with some of her old friends (though she lost touch with many). .The worst happened then... One of the same rogues who were not so happy with her wrote a horrible mail from a bogus id badboy@yahoo.co.uk . She opened wondering. What it might be having...It went on like this “Miss aisha...What do you think about your self...Some princess from heaven _#@)#@_#(_@ (beep ---it can be censored)....You never talk to any of the boys ...R u just very )@(#_@#_@ (beep)..........U will taste the mud..if we want....$)#()@)#@)@ (so many beeps) “ controlling her overflowing tears... She logged off and came back to hostel..she was crying all night.. she shared her plight with Reema in phone and divya in hostel who was her only hostel buddy !! she was wondering what did she do to get such a mail...Her whole semester was spoiled..she went to principal and complained on the whole rogue group as she was not sure who exactly did it !! the whole lot were suspended for 5days..but she was sure it was Govind the one who loathed her the most and he was shivering a lot when called to princie’s room!
So her hatred towards boys increased much more and her eagerness towards increasing the circumference of her circle of friends died ! but the other good lot of boys were angry on this act and were compassionate and liked her much more than before. Then one fine day she got a mail from another bogus id ...shivam.20@yahoo.co.in She wanted to delete..but no one actually can do that..so she opened and read and found out that the person wants to be her friend ...blah blah ..the routine mails which we get from unknowns..she sent the mail to TRASH. After a week again 2—3 mails ...few fwd mails with nice messages..again requesting her to be his friend...saying he already knows her..revealing her interests , fav color , book so on.. Surprised aisha still not so eager replied.. "I hate these online FRIENDSHIPS and wish to stay away from them..I wish you good luck with others and good bye". But shivam never failed trying..he kept on sending nice mails , messages , shahrukh khan posters which impressed aisha as to how he kept track of what all she liked :-o ....she was unable to track who it was.....slowly she got used to mails..she went every Sunday to net ...just to check his mails..and have long long conversations...soon she some how felt the Void she was facing in her Btech life got filled.............

She used to express her thoughts ambitions ..desires..her problems in class..even revealed about the bad boy! In no time they got very close...she was going for a 3month summer training to bangalore ...where she may have less access to Net! She informed the same to Shivam...and was missing him...The training helped her gain more new friends...few from girls ..few from Good lot of boys !:) Soon she raghu , Bhanu , manoj , ritika and vasu became a good fundoo batch..
she felt now her life is full of fun .Raghu was more close to her..concerned a lot about her..she also felt good about him !one day he asked aisha “Do u have any online friends ? “ then she remembered she almost forgot about shivam...With a perplexed face she replied “Yaaa! But why you suddenly asked “...He said “well i know shivam “ Aisha had butterflies in stomach..she asked who is it with anger in voice...Raghu said “my god! Don’t become red hot now .He is a nice person..i know him.."but aisha left the room as she was little irritated by the fact!..Then by next day Raghu said “Aisha! Dont know how you will feel about this..but Shivam is me...i had no guts to talk face to face with U ..that too after u had had a bad experience with some boy in the class..but at any cost wanted to be your friend so this step ..please don’t mind “
Aisha : “ I hate people who disguise wanting to be friends. I don’t like U! You are a bluff master...U didn’t reveal your true stuff! And i revealed every thing honestly !!”:(
Shivam : “but i was your friend yaar.. i was about to reveal and we came to training here..thought this is the right moment to strike “
Aisha : "Whatever i don’t want to talk to U!!
Shivam : Plz ...dont do this..i sent so many things you like na..even SRK posters
Aisha : AARGH!@)(#@(#)@ just go away..am not interested in talking to you
For next one week .....aisha was not in talking terms with raghu uraf shivam. ..Then she cooled down..but was not able to bond properly with him !HE gave friendship band which she reluctantly kept in her bag...yes aisha takes lot of time to get back to her self..or chill..The Final day of college came...By that time every one knew She spoke to raghu only coz he became shivam and he is just very very eager to bond with aisha. She felt some emptiness in her heart ..as she realised Its last day and they will never meet again.. she remembered how she didn’t answer all his calls...showed disinterest in his favours ! she was lot adamant ! but now she felt she was at loss ! ....Adding to the drama raghu was missing..he already left for his home town for some personal work ...and they couldn’t even meet after that as he left immediately after exams. and left to US a month after that...Ego ruled for a while .No one called each other. Being very new to orkut/FB .. which already started ruling peoples relations...she couldnt trace him there either !!!She felt its over-->their relation..she got busy with her job ! and almost forgot about raghu! Then nearly after a year and half she got a call from US!! Oh My Gawd! it was shivam...still the same..still full of life....1 and ½ year time was more than enough to chill out and forget about whatever it was... his disguise and those mails..it actually felt funny now :-) :-) They bonded up again...They never missed exchanging news, their happenings in life....It feels great to meet raghu uraf shivam and even other buddies in the group .... laugh Loud and share the olden—golden times even if it is yearly or rarely :)
penned down this one unforgettable thi 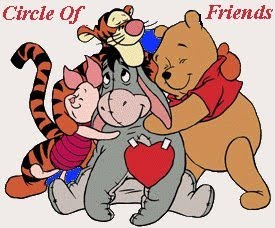 ng in her diary and so she gained a good circle of friends at last though not a huge circle but a close knitted one.....Number of friends you make is always not important..But with whom you want to be friends is important !!and its better not to back off when one takes the first step ! and try taking first step too :-)

Time makes Memories slip away FROM MIND! but some memories MAKE TIME SLIP Away !! Those make LIFE "THE SWEETEST":-)
We are born to a Mom dad and we never choose our siblings...but god gave us a great chance to choose 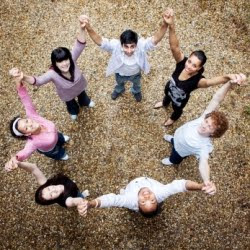 friends !! so choose the BEST FOR U and rock on............
Special wish to all : One day a crab was running on sea shore !! A wave came and cleared footprints of crab, crab : "Being my friend Y r u clearing my beautiful foot prints ?!" wave replied : "A fox was following Ur footprints to catch u!! so i had to clear them off !" Friendship
means caring beyond imagination ♥ ♥ ♥ HAPPY FRIENDSHIP DAY ♥ ♥ ♥ to one and all
NOTE: THis post is for the blogaddas this week competition @Friends Forever in association with pringoo as a partner
- August 01, 2010 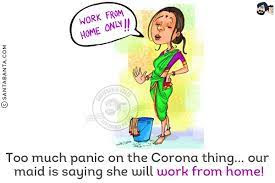